Beijing: The death toll due to the novel coronavirus in China on Monday increased to 908, with 40,171 confirmed cases, the country’s National Health Commission said.

Until midnight, 6,484 severe cases had been recorded while 3,281 people, who had recovered from the illness, had been discharged, Efe news reported citing the Commission as saying.

As of now, 399,487 patients in close contact with the infected have been traced, out of which 187,518 are under observation, according to the Chinese agency.

Among those under observation, 23,589 were suspected of having contracted the virus.

The latest figures indicate an increase of 97 deaths over the previous day – when 632 people were also discharged – and 3,062 new infections.

Of the 97 deaths, 91 were recorded in Hubei province, whose capital is Wuhan – the epicentre of the outbreak -, and which has been under de facto quarantine since January 23.

Until now, all deaths but one – which occurred in the Philippines – have been in China, which accounts for about 99 per cent of those infected, although about 20 countries have confirmed cases.

The virus has already claimed more lives than the Severe Acute Respiratory Syndrome (SARS) in 2003.

Despite both the novel coronavirus and SARS originating in China, the geographical distribution of deaths is radically different.

SARS emerged in the southern Guangzhou province, while the coronavirus appears to have originated from a seafood market in the central-eastern city of Wuhan.

With SARS, 349 people died in mainland China, 299 in Hong Kong, 43 in Canada, 37 in Taiwan and 33 in Singapore, to mention only the most affected places, according to the figures from WHO.

Coronavirus has spread to at least 27 other countries and territories. 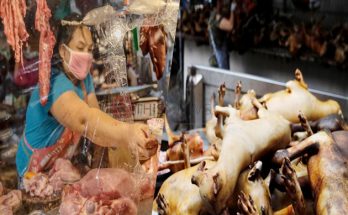 ‘Wet Markets’ Re-opening in China selling bats, dogs among others Private banks, NBFCs to continue EMIs, if not informed