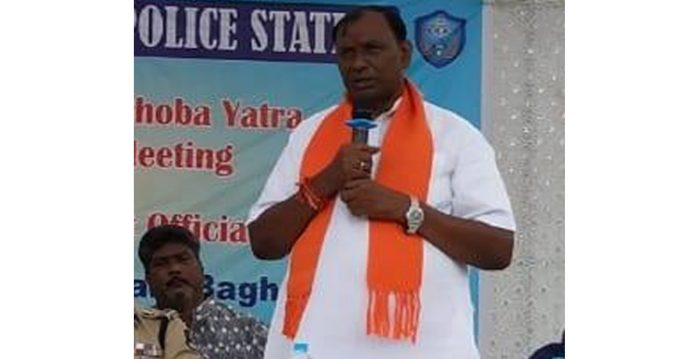 Following the demand of changing the name of Hyderabad City to Bhagya Nagar, the communal forces are now trying to move on with their nefarious agenda with a fresh call to change the name of Hussain Sagar Lake also known as Tank Bund.

In an attempt to vitiating communal harmony of the Hyderabad City, the General Secretary, Bhagyanagar Ganesh Utsau Samithi Dr.Bhagwat Rao has demanded the Telangana Government to name Hussain Sagar, also known as Tank Bund, after Vinayak Sagar and to prove his point he even claimed that pre-independence identity of the city should be restored.

While speaking to the media in the city today, he said, “We have a right to demand a change of names of the cities and monuments as we are now a changed nation. A Lake in which lakhs of Vinayaka (idols) were immersed every year should be named after Vinayak Sagar instead of Hussain Sagar.”

Ripping the history apart, he further said “Why was the lake not named after Karbala maidan as the place once known and why it was not named after Boudh Sagar? There is no need of having the same names of monuments and places even after independence. This must be changed and we are just demanding the same. Contending that the pre-independence identity of the monuments and cities must be revoked, he said, “We are demanding the government to change the name of Hussain Sagar and name it after as Vinayak Sagar.  The Bhagyanagar Ganesh Utsau Samithi denotes the Lake as Vinayak Sagar and we remain so henceforth.