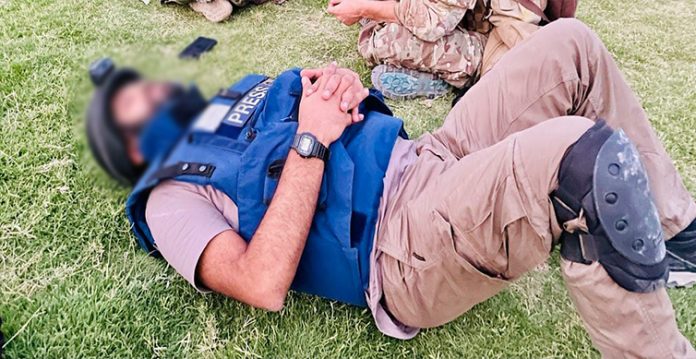 A resident of Delhi, Siddiqui was on a reporting assignment with the Afghan security forces when he was killed.

Siddiqui’s father Professor Akhtar Siddiqui told IANS: “I got information about my son about one hour ago. The last time I spoke to my son was two days ago, and he was very happy at that time. ”

Afghanistan’s ambassador to India, Farid Mamundzay, tweeted, “Deeply disturbed by the sad news of the killing of a friend, Danish Seddiqi in Kandahar last night. The Indian Journalist & winner of the Pulitzer Prize was embedded with Afghan security forces. I met him 2 weeks ago before his departure to Kabul. Condolences to his family & Reuters.”

Danish Siddiqui was constantly capturing Afghan happenings on his camera and was informing people through his social media posts.

Two days ago, he tweeted: “The Humvee in which I was traveling with other special forces was also targeted by at least 3 RPG rounds and other weapons. I was lucky to be safe and capture the visual of one of the rockets hitting the armor plate overhead”, He also posted a short video about the action.

Siddiqui was awarded the Pulitzer Prize in 2018 for his coverage of the Rohingya issue.

He was a student of Jamia University and his father has been a professor at the university.