Home Exclusive Is Hyderabad the next Beirut ?
ExclusiveHyderabadSlider

Is Hyderabad the next Beirut ? 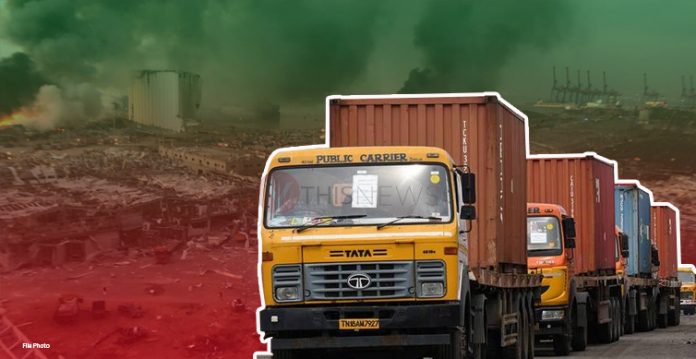 Recently the governor of Telangana, Dr. Tamilisai Soundararajan has shown concern about the safety of the people of Hyderabad as 180 tonnes of ammonium nitrate has been transported from Chennai to Hyderabad. She has shown this concern because of the recent explosive blast in Beirut capital of Lebanon.

Governor Tamilisai Soundararajan through her twitter handle reaches out to the concerned authority and following up the situation and ensuring the safety of the citizens. Some of the twitter users thanked the governor for taking up this issue.
one of the twitter users requested the governor to stop the transportation of this dangerous and explosive chemical and said let not make Hyderabad another Beirut or India another Lebanon.

A heartfelt incident of Lebanon capital that killed over 200 people and injured more than 5000. This incident was caused by an explosion due to ammonium nitrate which was stored at Beirut port. This incident took place on 4th August.

The Telangana industrial department (TID ) has decided to inspect the Salvo explosives and chemicals which are set to receive in 10 truck of ammonium nitrate on Augst 12 to its manufacturing units in Ankireddipally Village in the outskirts of Hyderabad.

According to the managing director of these firm’s SHYAM SUNDER REDDY said that the company has bought the 690 tonnes of ammonium nitrate in February in an auction held in Chennai customs. The company uses these chemicals to make explosives for mining companies like Singareni collieries. He has tried to reduce anxiety over public safety by saying that they have been handling 1500 tonnes of ammonium nitrate every month.