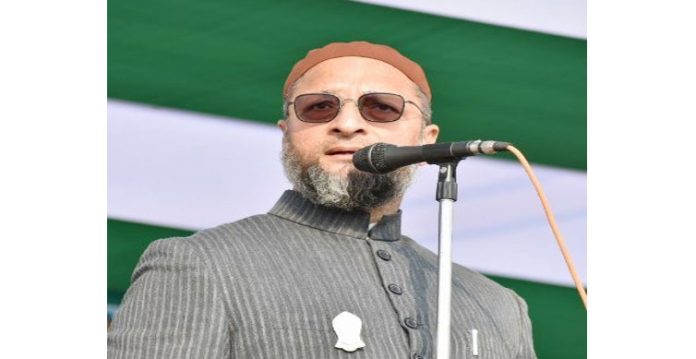 In a firm warning to the party leaders involving in incognito extortion from owners who are building houses in the old city, the Hyderabad-based political fold Majlis Ittehad-ul-Muslimeen (AIMIM) asked the MLAs and Corporators to refrain from interfering such matters or face the music.

Addressing a meeting of party president today at party head office Darussalam, the AIMIM president Asaduddin Owaisi for the first time has warned MLAs and Corporators against preventing town planning officials from performing their duties in the old city.

On the onset of the meeting, The AIMIM President rolls on the new change in the policy saying in a stiff tone that “No party leader, neither the MLAs now the Corporators, will be seen appearing town planning offices of the concerned areas (to support unauthorized constructions) or influencing the officials henceforth.”

“If I saw any MIM leader or representative hopping around the Town Planning official, he would first ensure the transfer of the concerned ACP town planning to set things right. Don’t allow me to transcend the matter,” warned AIMIM Chief, expressing that he is not happy with the old demeanor and hopes that the trend will see an end hereafter.

“MIM will no way concern with what way and manner the people may carry the constructions. It is the GHMC to look into the matter as the civic body is the competent authority to interfere. The GHMC has full right to act tough against anyone, even against the AIMIM leaders if they dare to raise the structure unlawfully. I hope no one of us will poke nose into the matter pertaining to town planning henceforth,” he avowed firmly.

Recalling his father Sultan Salahuddin Owaisi’s famous slogan like “Zameeen Allah Ki Aur Qabza Abdullah Ka” (Allah is the architect of the land and Abdullah (His believer) is the title holder,” he said “The historic motto of the Salar – as his late father known as, ensured seamless success in our political endeavour and allow people to have their own dream houses.”

Earlier, the AIMIM Floor Leader Telangana Legislative Assembly Akberuddin Owaisi addressed the gathering of the party leaders in his traditional vociferous style as he always known for. Other prominent leaders of the party especially the MLAs were also present on the occasion.

The forewarning of AIMIM Supremo comes as a surprise to several party leaders and identically raises eyebrows in the opposition camp where everyone always lends a cautious ear on such narratives that come from AIMIM’s head office.