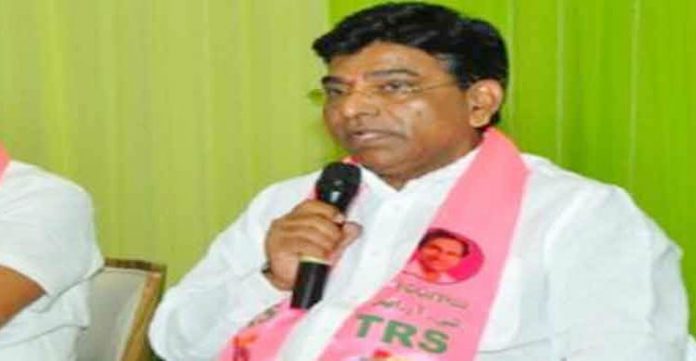 Nama Nageshwar Rao, leader of the TRS party in Lok Sabha, stated today that they will raise the matter relating to the procurement of paddy from the State in the  Parliament session starting from Monday.

Speaking to the media after an all-party meeting held under the chairmanship of the  Union Minister  Prahlad Joshi at  Delhi today,   Nageshwar Rao said that the government had proposed to introduce 37 bills during the session. He said that the TRS had demanded that there should be a discussion on the Bills and they should not be passed without discussion as earlier. Discussion should be held on public issues, they demanded.

The TRS leader said that he has made it clear at the meeting that it was the responsibility of the Centre to purchase the paddy stocks from the State. He recalled that Chief Minister K Chandrasekhar Rao and Ministers had held discussions with the Centre four, five times on paddy purchase from the State. He brought this matter to the notice of Union Minister Piyush Goyal who was also present at the meeting, he stated.

He further said that during the meeting, they demanded that along with the abolition of agricultural Laws, Bills for constitutional guarantee to the minimum support price, implementation of Swaminathan Committee recommendations also should be brought during the session.  He also demanded that the cases registered against the farmers who participated in the recent agitation should be dropped. Pointing out that the CM KCR  had announced Rs three lakh compensation to the families of the deceased farmers, he demanded that the Centre should also come forward in this regard. He added that all the other parties have supported the TRS demands, at the meeting.

Nama said that while withdrawing the Farm Laws,   the electricity bill was brought again and  Telangana is the only state in the country that is supplying free electricity to the farmers.  He demanded that a Tribunal be set up to settle the Krishna Waters issue and all the assurances provided in the  State Separation Act be fulfilled.  He also said that there was no response to the resolution sent by the Telangana Assembly on the S.C. and S.T. reservation Bill.