Ab De Villiers Announces Retirement from All Formats of Cricket 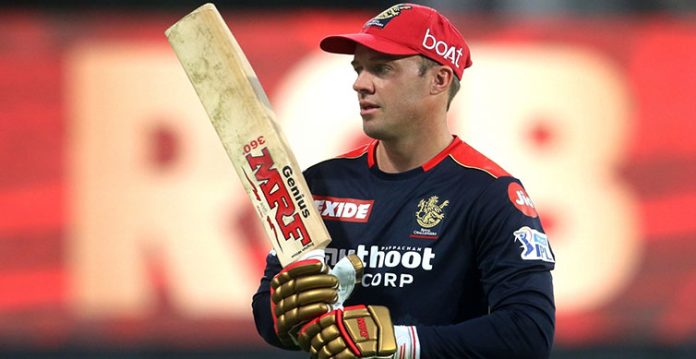 Former South Africa captain AB de Villiers on Friday announced his retirement from all formats of cricket. After his international retirement in 2018, de Villiers had continued to play in franchise cricket, notably for the Royal Challengers Bangalore (RCB) in the Indian Premier League (IPL).

Friday’s retirement from all forms of the game marks the end of his decade-long association with the franchise.

In a series of tweets, de Villiers said, “It has been an incredible journey, but I have decided to retire from all cricket. Ever since the back yard matches with my older brothers, I have played the game with pure enjoyment and unbridled enthusiasm. Now, at the age of 37, that flame no longer burns so brightly.”

The 37-year-old had played in 184 IPL matches, firstly for Delhi Capitals (formerly Delhi Daredevils) for three seasons followed by a successful decade with Bangalore, where he formed a formidable partnership with Virat Kohli.

Overall, he scored 5162 runs at an average of 39.70 and strike rate of 151.68, including three centuries and 40 half-centuries while being a member of the RCB side which entered IPL playoffs five times.

“That’s the reality I must accept — and, even if it may seem sudden, that is why I am making this announcement today. I’ve had my time. Cricket has been exceptionally kind to me. Whether playing for the Titans, or the Proteas, or RCB, or around the world, the game has given me unimagined experiences and opportunities, and I will always be grateful.”

“I would like to thank every teammate, every opponent, every coach, every physio and every staff member who has travelled the same path, and I am humbled by the support I have received in South Africa, in India, wherever I have played.”

“AB de Villiers has been among the best ambassadors of the game, and we are honoured to have him represent RCB in the IPL. His work ethics have been impeccable, which has not only rubbed off on the team, but has left a high benchmark for other youngsters to follow,” said RCB Chairman Prathmesh Mishra in a statement.

“AB has been a true leader, both on and off the field and we would like to express our heartfelt gratitude for his tireless commitment in helping RCB establish itself as one of the premier franchises in the IPL. We wish AB all the best for his next innings in life. He will always be part of the RCB family,” Mishra added.

De Villiers signed off by saying, “Last, I am aware that nothing would have been possible without the sacrifices made by my family – my parents, my brothers, my wife Danielle and my children. I look forward to the next chapter of our lives when I can truly put them first.”