After throwing acid on husband, wife ends life with son in Kerala 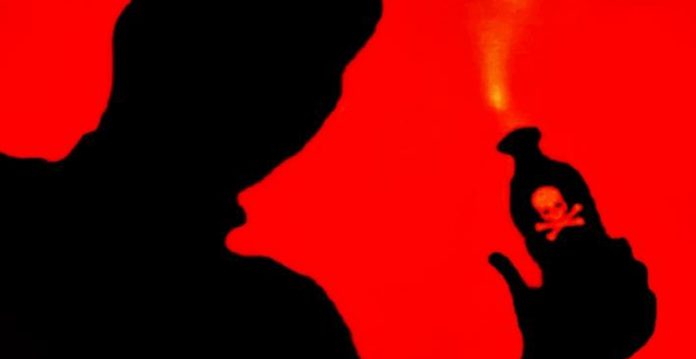 In a bizarre incident of domestic unrest in a family here, an angry wife after throwing acid on her husband, took their five-year-old son and jumped into the well, and committed suicide, near here.

Locals said that for a while Bindhu and Rejilal have been having frequent tiffs and what happened was a follow-up of the tiff.

Both of them were earlier married.

This incident occurred late Sunday night when Bindhu threw acid on the body of Rejilal who was fast asleep then.

Soon after that she took their child and jumped into the well.

It was only after hearing the cries, the neighborhood came rushing, but by the time they managed to pull out Bindhu and the kid, it was too late.

Rejilal was rushed to the hospital and his condition is reported to be serious.

“Three days back, there was an issue in the night after she said her husband beat her up. Hearing the cries, we the neighbors got together and settled the issue,” said a neighbor to the media.