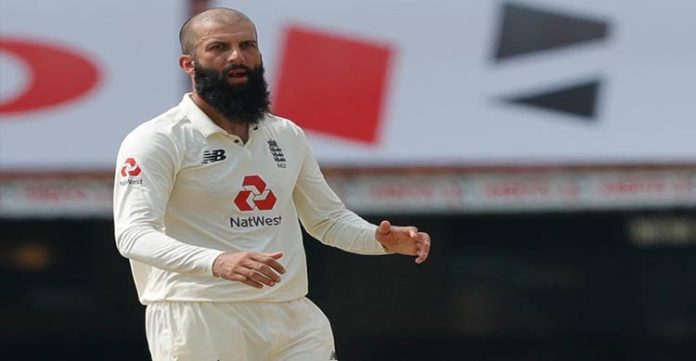 Bidding adieu to the longest format of cricket, England all-rounder Moeen Ali had retired from test cricket, as per a released update from the England and Wales Cricket Board. The Monday statement was made amid the cricketer’s ongoing IPL run in the United Arab Emirates where he is playing as part of the Chennai Super Kings.

Speaking about his decision to take a step away from test cricket, Moeen Ali said that the long format of the game can “be too much sometimes” as can the intensity of it. He said he wants to enjoy the sport now for however long he can and that he is “happy and content” with the accomplishments he has made here.

The ECB press release quoted the all-rounder saying, “I’m 34 now and I want to play for as long as I can and I just want to enjoy my cricket.”

Moeen Ali went ahead to speak about the test cricket format and how it is the best format when the player is performing well. “It’s more rewarding and you feel like you’ve really earnt it,” he said, adding, “I will miss just walking out there with the lads, playing against best in the world with that feeling of nerves but also from a bowling point of view, knowing with my best ball I could get anyone out.”

Mentioning the pressure and intensity in the game, the 34-year-old said, “I feel like I’ve done enough of it and I’m happy and content with how I’ve done.”

He has been associated with the England cricket team’s test format for 64 games. Moeen Ali was just 86 runs away from making a 3000-runs test record. With an average of 28.29 runs, he has 5 centuries and 14 half-centuries to his name in the longest format of cricket.

The left-handed batsman also has an immensely good grip of the ball as he plays as a right-arm-off-spinner. In his Test history, he has taken 195 wickets with 5 five-wicket hauls. His beat was recorded as 6/53.

His retirement speech contained his token of gratitude to his coaches, captains and family for helping him in his journey that came to an end on Monday.

“I have to thank Peter Moores and Chris Silverwood for being my coaches and Peter for giving me my debut. Cookie and Rooty as the captains who I’ve enjoyed playing under and I hope they are happy with how I played.”

Calling his parents his “number one”, he thanked them for their support in all his matches.

“My brothers and my sister, on my bad days they’ve been the first to pick me up and my wife and kids, my wife’s sacrifices and the patience she has, I am really grateful for that. They have all been amazing on my journey, everything I did I did for them,” the player concluded saying.