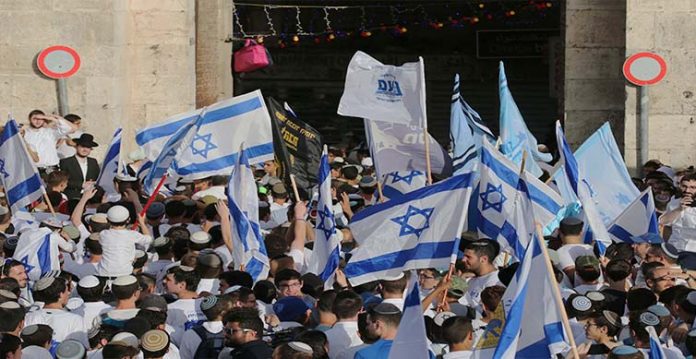 The Islamic Hamas movement has warned Israel not to renew tension in the Palestinian territories although a Jerusalem flag march scheduled for Thursday is reported to have been called off.

“Hamas warns the occupier (Israel), the mediators and the entire world against the flag march through the Old City and al-Aqsa Mosque in Jerusalem,” Khalil al-Hayya, a senior leader in Gaza, told reporters on Monday.

“Hamas’ message is clear: we don’t want the Thursday event to be like what happened after May 10,” he added, referring to the latest round of the 11-day fierce fighting between Israel and Hamas in the besieged enclave.

An Israeli court’s decision to evict Palestinian families from their homes in the Sheikh Jarrah neighbourhood of East Jerusalem was also behind the clashes and ensuing fighting.

“Jerusalem for us is a red line. We are not fond of wars, but our resistance is ready to defend the holy city,” al-Hayya said.

Meanwhile, the chamber of the joint military operations in Gaza, which comprises Palestinian armed wings, also warned Israel not to escalate tension in East Jerusalem.

“We are closely monitoring the behaviour of the enemy (Israel) in the holy city (Jerusalem), and we will have our word if the enemy decides to bring the situation back to what was before May 11,” the Chamber said in a statement.

Earlier in the day, the Israeli media reported that the Jerusalem flag march on Thursday had been called off after the police rejected the organisers’ request for a march through the Old City’s Damascus Gate.