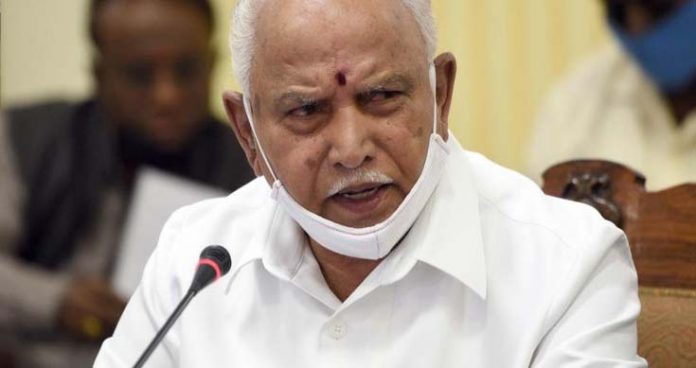 The inter-state rivalry for the Cauvery River between Tamil Nadu and Karnataka isn’t close to being over yet. As per the latest reports, Karnataka Chief Minister B.S Yediyurappa recently made a statement and promised that he and his government will do everything in power to protect Karnataka’s interests.

In the latest updates regarding the Cauvery concerns between Tamil Nadu and Karnataka, the CM Yediyurappa had said they would not let Tamil Nadu use “surplus water” from their share. Talking to the media on Monday, he said that his government is planning to submit objections with the Central Government against the project recently announced.

The Tamil Nadu government on Sunday had laid a foundation for a 262km river linking project. The project is aimed to link the Cauvery-Vaigai-Gundar and the budget is set at Rs 14,400 crores. The project will divert 6,300 cubic feet of water from all the rivers in cases of floods or when the groundwater levels in the southern districts increase. This would ensure that even during emergencies, the state has enough drinking water available.

“We will not allow Tamil Nadu or others to use surplus water,” he said. The Leader of the Opposition Siddaramaiah called the project “illegal”. He took to Twitter and said the Chief Minister (of Karnataka) should stop the project before it goes too far. He further added that the CM should also file a case in the Supreme Court of India.

At the same time, he further wrote to Tamil Nadu to drop the project. Other ministers also expressed their concerns about the Karnataka government not being aware of the project of such a huge impact before the foundation was laid.

“We will not allow even a drop of surplus water being used by them,” he said.

While the issue of Cauvery River dispute between Tamil Nadu and Karnataka seems to have come into the media highlight in the past few years. But the dispute can be dated back to the British era. The agreement took place between the Mysore Presidency and Madras Presidency in the years 1892 and 1924.

Then in 1910, the Madras Presidency objected to Mysore building a dam over the Cauvery river. Then the dispute continued for over 50 years and after Independence. Kerala and Puducherry also started to claim their rights over the Cauvery waters as the river basin fell in their states as well.

Tamil Nadu moved to the Supreme Court in August 2016. They claimed that the Karnataka had allegedly used 50.0052 tmcft which was more than the prescribed limit. Tamil Nadu said that their farmers need more water to be able to irrigate samba, a type of rice in the state. Following this, Karnataka refused to release more water as the low rainfall rates in 2016 had left some of the reservoirs dry.

The supreme court verdict came out on February 16, 2021. The Supreme Court had reduced the water allocation to Tamil Nadu by 14 tmc and ordered Karnataka to release 177 tmc of Cauvery water.