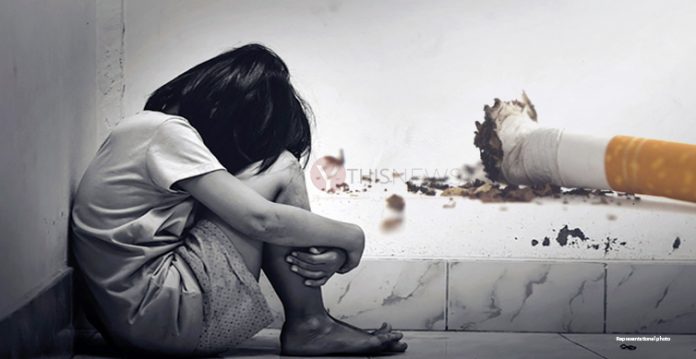 Gorkakhpur: A minor girl was allegedly raped and singed with cigarette butts by two men in the Gola area of Gorakhpur district.

The girl was found unconscious on Sunday and is currently undergoing treatment at the district hospital.

The police have registered a case against one Arjun of Dehribhar village and another unidentified man on the basis of a written complaint from the victim’s mother.

According to reports, the teenage girl, daughter of a brick kiln laborer, had gone to fetch water from a hand pump on Saturday night, when the two accused forcibly took her to a hut near a pond in the village on a motorcycle and allegedly raped her.

They also tortured the minor girl by inflicting burn injuries on her with cigarette butts, raped her and fled when she became unconscious.

The girl has identified one of the accused as Arjun.

Senior Superintendent of Police (SSP) office spokesman said, “A case of kidnapping, gangrape and under sections of the POCSO Act has been registered against the two men on a complaint from the survivor’s mother. A hunt is on for the accused.”

Earlier In another case of brutality, a 13-year-old Dalit girl was raped and killed in the Lakhimpur Kheri district of Uttar Pradesh, said police