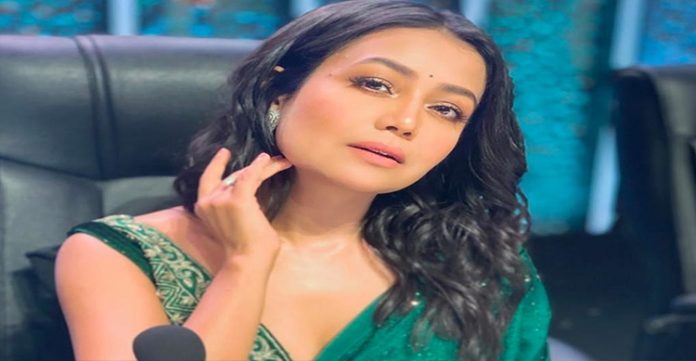 Mumbai: Known for belting out hits like “Manali trance”, “Garmi” and “Aankh maare” among many others, Bollywood singer Neha Kakkar now has a fan following of a whopping 40 million.

With this, Neha has zoomed past the fan followings of Anushka Sharma (who has a following of 38.5 million), Salman Khan (33.4 million), Shah Rukh Khan (22 million) and Amitabh Bachchan (18.9 million).

Neha took to Instagram to share her joy. She posted a picture of herself sitting on a throne-like chair with a tiara on her head. A heart sticker can be seen written “40 M” in it.

“Your Nehu has a Family of #40Million Beautiful People here on #Instagram now! Thank You God.. Mata Rani And Ofcource Each one of You!! Not to forget MY #NEHEARTS. #NehaKakkar #NehuDiaries,” she captioned the image.

Recently, Neha had earlier opened up on facing criticism. She had shared that she is not much bothered by negative comments coming her way as she says people criticize her because she is number one.

“Of course, I am a human being and I do feel bad about it, but after feeling bad I bounce back. I feel these people who are writing bad (things) about me are nothing but jealous people. They feel, why is Neha here?’ Jo number one singer hai uske hi baare main likhengay log (they will write about the singer who is number one),” Neha had told IANS.

“So, I understand that — I am number one that is why people talk about me and get jealous.”

Last week, Neha took a temporary break from social media because she was tired of the “hatred, nepotism, jealousy, judgments, and bad people”.