Student suicide for not having smartphone for online classes 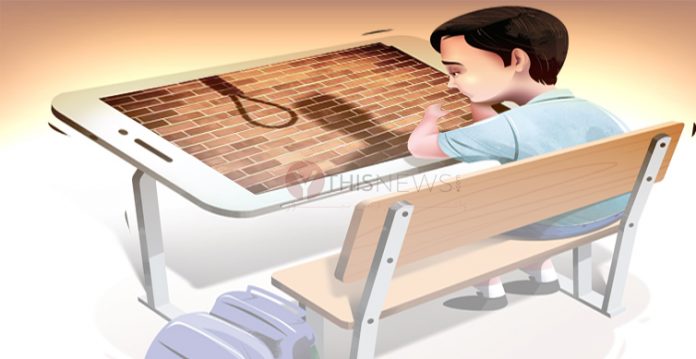 With online classes becoming the “new normal”, students belonging to every sector, irrespective of their financial status are forced to have a smartphone to get access to their education. The difference in the monetary support each student has, many aren’t able to afford the gadget.

In a tragic incident pertaining to this fact, a student of Class 10 died by suicide because his father couldn’t afford to buy a mobile phone for his online classes.

The boy, hailing from Cuddalore district of Tamil Nadu, had requested his father for the technology-friendly device to allow him to attend his classes which have been shifted online by schools due to the pandemic.

According to the authorities, the 14-year-old boy was in his 10th grade, studying in the Vallalar High School that is located in Panruti town. They said that on the night of July 29th, he killed himself in his home.

The boy’s father mentioned in his complaint that he had promised to buy him the phone once he gets enough funds from his harvest. However, this dint go well with the boy who took this as a refusal.

The man, a resident of Siruthodamadhevi village who is told to be a cashew farmer said, “Moving to Class 10, my son asked for a mobile phone for online classes. I told him I’d get him (one) after I got cash for my cashews but he turned angry.”

While the coronavirus has left many people jobless, and others with huge pay-cuts, the poor are suffering the most with no proper source of income.

State’s government free ration and Rs.1000 (per month) provision hasn’t been of much help to the economically weaker sections, more so to those staying in cities and urban towns.

The additional brick of their trembling tower has been the advent of online classes. Experts have advocated for long regarding this and warned AIADMK of a “digital divide” as some people do not have access to smartphones and the internet.

Amongst these, even if some are fortunate enough to possess smartphones, secondary issues like connectivity become a hurdle for them, leading to the increased pressure on young students to overcome these problems and yet learn and score well.

“With only half the salaries (in hand) and the price of groceries shooting up amid the COVID-19 pandemic, buying a smartphone and an internet package is unimaginable not just for poor families but also for many from the lower middle classes,” Aarti Boaz, an academician, said.

While the state has issued regulations for online lessons after an order by the Madras High Court, many activists believe that this isn’t just enough as the problem at hand needs to be solved immediately.

Meanwhile, in the tragic case of the boy’s suicide, Cuddalore Police have filed a suspicious death case. Officials connected with the case have refused to provide further details regarding it.