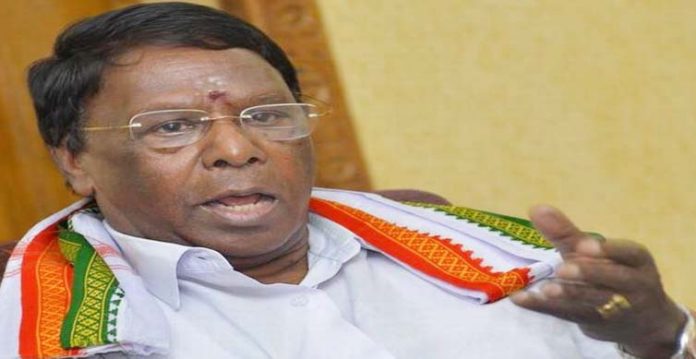 In the latest update from Puducherry, Congress has lost their government. The government has lost the trust vote which would lead to the resignation of the Chief Minister.

The Congress-Dravida Munnetra Kazhagam (DMK) saw a fast pace of events. As per the reports, the Congress-led government lost its power before going through the floor test in the State Assembly.

This comes after Narayanaswamy and his MLAs walked out of the session. Following this, speaker V.P. Sivakozhundu announced that loss of majority for the Congress government. Soon after, Narayanaswamy reportedly went straight to the Raj Nivas was submitted his resignation to Lieutenant Governor Tamilisai Soundararajan. Speaking to the media, Narayanaswamy said that he and his council of members had submitted their letter(s) of resignation. Now it’s on the Lieutenant Governor to decide further. He further clarified that during the assembly, their members said that only elected members can vote. But the speaker did not agree, so they walked out of the session.

During the assembly, Narayanaswamy was of the stance that the opposition does not have enough numbers. He said that the three MLAs nominated to vote were from Bharatiya Janata Party and had no right to vote during the floor test. He further claimed that the Election Commission also shared the same stance. However, the speaker did not agree with him.

Now that the Congress has lost the only government in south, it is up to the governor to either invite President’s rule in the state or invite NR Congress led alliance to form the government.

In his speech, he called the situation in Tamil Nadu a “political prostitution”. He accused the BJP of “derailing India’s democratic system”. He claimed that both Kiran Bedi and the Centre came together to disrupt his government.

Narayanaswamy said that he and his MLAs have stayed united and were able to complete their tenure. He further accused the Centre of betryaing the people of Puducherry by not providing enough funds. He said that the people trust his government and the opposition who couldn’t win the elections are only trying to destabilize their government.