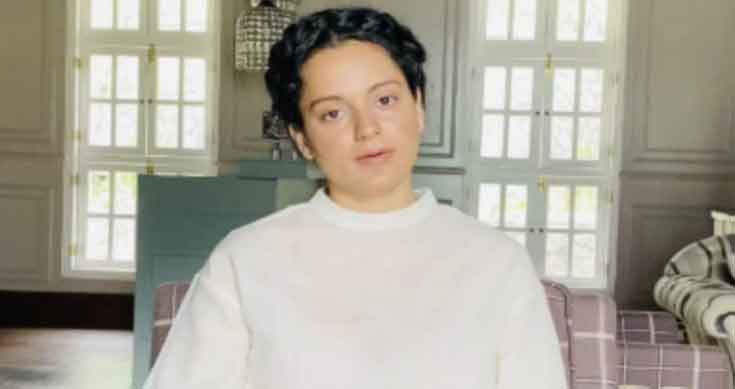 Mumbai: The social media team of Bollywood actress Kangana has commented on the alleged past relationship between late Bollywood actor Sushant Singh Rajput and his Kedarnath co-star Sara Ali Khan.

“News of SSR and Sara affair was all over the media, apparently they were even sharing a room during their outdoor, why these fancy Nepotism kids show dreams to vulnerable outsiders and then publicly dump them? No wonder he fell for a vulture post that,” tweeted @KanganaTeam from their verified account on Thursday.

The news that Kangana talks of pertains to Sushant’s friend Samuel Haokip, who posted on his verified Instagram account about the alleged relationship between Sushant and Sara earlier on Thursday.

“I remember the time during Kedarnath promotions… Sushant and Sara Ali Khan were totally in love…they were inseparable… So pure and childlike innocence. They both had tremendous respect for each other which was so rare to see nowadays in relationships,” Samuel wrote in a post on his verified Instagram account.

Samuel also opened up on the eventual break-up after the box-office debacle of Sushant’s 2019 film, “Sonchiriya.

Even though Kangana’s social media team did not take names, it is known to all that Sushant was dating actress Rhea Chakraborty till the time of his tragic demise.

Did Kangana just call Rhea a “vulture”, many netizens have wondered, and Sara Ali Khan a “fancy nepotism kid”?

Hyderabad: In his continuing campaign in the Dubbaka segment for by-poll, Finance Minister,  T Harish Rao today urged people to support leaders who will...
Read more

GHMC elections will be held on the basis of double bedroom...