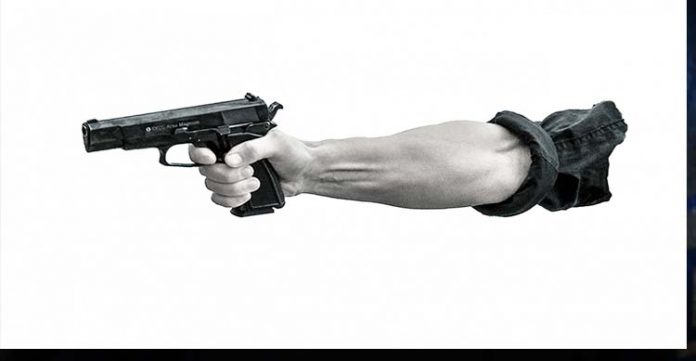 A 12-year-old boy was injured when snatchers opened fire upon being confronted in North West Delhi’s Shalimar Bagh. A bullet hit the boy on his arm and he was rushed to the hospital.

A PCR call at 2.30 am on Friday was received at Police Station Shalimar Bagh that two boys on a Pulsar bike had snatched a mobile phone and opened fire in which a boy has been injured and is being taken to the hospital.

Mubarak, 36, a resident of Shalimar Village, told the police that he drives a Tata Ace vehicle and was unloading goods from it after attending a function.

He was standing on Max Hospital Road and talking on the phone when two boys on a bike snatched his mobile phone by brandishing a pistol.

When he was being threatened, one Ravi Kumar and other laborers standing nearby ran towards him. Seeing the laborers approach, the accused ran away and fired one round towards them.

“The bullet hit Ravi Kumar’s son, who was standing there, on his left hand. The injured was taken to a hospital and discharged after first-aid and necessary treatment,” said Usha Rangnani, DCP North West Delhi.

ALSO READ: 20 Injured After UP Roadways Bus Collides With Tree in Delhi

Several teams have been formed to identify and arrest the snatchers.