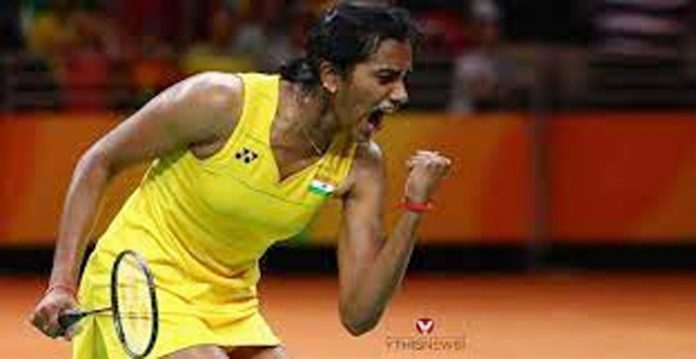 Winning against World no. 5 Akane Yamaguchi, P V Sindhu entered the semifinals today at the Tokyo Olympics 2020. With this victory, India’s hopes and expectations of clenching a gold medal for the first time ever at the Olympics remained active.

The World no. 7 had won a silver medal in Rio Olympics 2016 after a terrifically brilliant match, winning the heart of every Indian. The Friday game saw the 26-year-old defeating Yamaguchi 21-13, 22-20 within the 56-minute quarterfinal. Through excellent defending and a phenomenal attacking act, she caught on to the winner’s position in the match held at Musashino Forest Plaza. Her next game, the semi-final, will be against the winner of the match between China’s Tai Tzu Ying and Thailand’s Ratchanok Inthanon.

Today’s game started with Ms Sindhu scoring 11-7 against the Japanese badminton player. She had defeated her earlier too at the All England Championship held in March 2021. Yamaguchi’s aggressive style was met with the Indian sports player’s calm game as she believed in her moves. Her smashes and half smashes crippled her opponent despite the opening numbers leaning onto Yamaguchi’s side with 2-4.

Though the audience witnessed a few good rallies between the two, Yamaguchi failed to maintain the exchanges in the first half. The second half was clenched by Ms Sindhu since the start with a 2-0 lead amid Yamaguchi’s unpredictable shots. The sportswoman took charge of the match and ensured to make the least mistakes.

She gained a 5-point advantage following an amazing net dribble and a cross-court smash. The retrieval master, Yamaguchi, dragged Sindhu through 8-13, not letting her score more than 2 as the former went ahead to double her score. The match saw a heated exchange of hits with 54 continuous strokes when the duo was at 15-13.

Sindhu was forced to go near the lines as Yamaguchi upped her defense game and left the former gasping for breath.

However, the lead seemed to make Yamaguchi overconfident, which made her err, taking the scoreboard to 18-16. Soon, she pushed herself on track and fetched 2 points, pounding hearts as the match took a turn in her favour. Sindhu was in no mood to let this happen as she sent a straight-down-the-line smash coupled with a commendable follow-up stroke to make it 20-20.

A half smash and one point later, Sindhu exclaimed in joy as Yamaguchi hit the net, leading to Sindhu’s victory. The Thursday match gave a straight-game win to Sindhu against Denmark’s Mia Blichfeldt.

As men’s single-player B Sai Praneeth and men’s double duo Chirag Shetty and Satwiksairaj Rankireddy did not qualify in the knockout round, PV Sindhu remains the only Indian in the badminton category at this year’s Olympics.